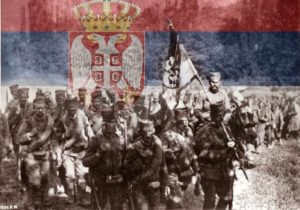 No other country participating in the Great War has paid so dearly for its freedom as Serbia. The truth remained incense, drenched in drops of blood and tears, purified by faith in the correctness of the sacrifice for the right goal before it. During the history, the truth about the people for whom perished was most often a matter of life, and death – a reflection of faith in life. 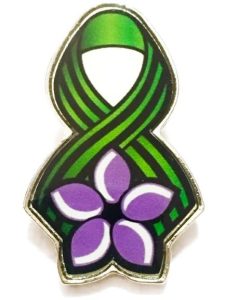 The modern symbol of the armistice and the memory of the victims of one of the biggest and most tragic wars in history is the flower of Natalija Ramonda (Ramonda nathaliae), an endemic species of the Central Balkans. It is able to survive incredibly stressful and extremely difficult living conditions, which makes it an appropriate symbol of the great suffering of the Serbian people in the First World War. The other part of the emblem is a ribbon with motifs of the Albanian memorial.

Serbia paid a disproportionately high price for the great victory in the First World War: during the war it lost (it is estimated) between 1,100,000 and 1,300,000 inhabitants, which made up almost a third of the total population or even about 60% of the male population.

A Japanese professor at the Medical School in Tokyo, during the First World War, the head of the Japanese Red Cross mission in Paris, said in his speech: “Until this war, we Japanese enjoyed the voice of soldiers with the strongest warrior spirit. This time, we must admit that the Serbian soldier took away that championship from us. Do not blame, gentlemen Serbs, that we are a little jealous of that. ”

Unlike other nations, for Serbs, freedom has always meant only one thing – independence.

Eternal glory and thanks to the fallen heroes for freedom!