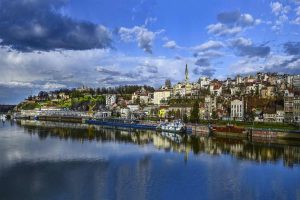 Belgrade is situated at the place where the Sava joins the Danube. Belgrade is one of the oldest cities in Europe and, beside Athens, the greatest urban whole of the Balkan Peninsula. Belgrade is the capital of Serbia, having around 1,7 million residents. In the field of traffic and transport, it is a city of the highest importance as a road and railway center, as a port for river and air traffic, and as a telecommunication center. It spreads over 3.6% of the territory of Serbia, and 15.8% of Serbian population lives in this city. Also, 31.2% of all employed workers in Serbia work in Belgrade.

Belgrade as Singidunum, “the city of the Sings”, a Dachian tribe succeeded by the Celts in the III century B.C., who were the lords of the settlements where today’s Zvezdara and Visnjica are… As the “White City”, called thus by the Slavs who settled here in the VI and VII century, whilst the first written record about the city named “Belgrade” dates back to the year of 878. 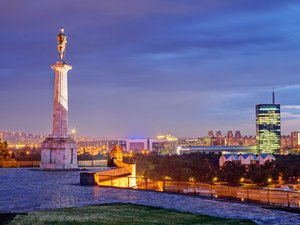 Today’s complex of the Belgrade fortress, as unique museum of turbulent history of the city, comprises of the Upper Town, Lower Town and Kalemegdan park, which up to XIX was void space in front of the wall of the fortress where the anticipated enemy was expected – hence the Turkish name of the park: kale – fortress and megdan – field.

Belgrade as a port, as the quay where the Sava flows into the Danube, claimed by the philosopher Constantine to be the mystic biblical Pison (Genesis 2,11), one of the four Eden rivers. The Danube brings to Belgrade Strauss’ inspiration with the mid-Europe spirit, while the Sava keeps the secrets of the fishermen and bohemians Derocco and Mika Alas, living these new time together with its rafts. 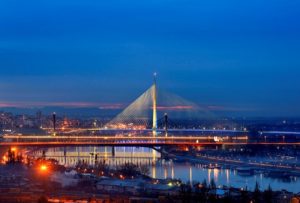 With its bridges Belgrade is not just Balkans, but it steps forward to Central Europe and becomes the city which collects the experience of different cultures. With its bridges, Belgrade acquires Zemun with Srem, Pancevo with Banat.

Belgrade as the monument of nature whose green treasures are Kalemegdan and Tasmajdan parks, Avala, Topcider, Zvezdara, Kosutnjak, Ada Ciganlija. Among the see of buildings, skyscrapers and boulevards there are true natural reservoirs such as the Botnical garden or The Great War Island.

Belgrade as a big family having its feast, its holiday Spasovdan – the day of Christ’s Ascension which, by Christian calendar, is on different date every year, but always on Thursday, forty days after Easter and ten days before Pentecost.

Belgrade life means falling in love and adventure, going out, parting and meeting, romance and pathos, passion and youth, and rush through the traffic jam. Belgrade as the art pavilion where FEST, BELEF, BITEF, Joy of Europe, BEMUS, October Salon and Book Fair take place as the international exhibitions of art which meant life to Belgrade in all kinds of political and social circumstances. 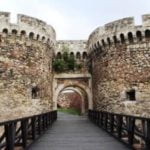 Belgrade as the Christian city where despot Stefan Lazarevic raised the Church of the Mother of God, writing down in his charter: “And having come, I found the most glorious place of all, the great city of Belgrade, which was at the time ruined and deserter. I raised it and dedicated it to the Mother of God.” Through the history of Belgrade, the tracks of building and demolishing were left by the Celts, Roman and Byzantine Empires, medieval Hungary, Ottoman Empire, Habsburg Monarchy, Serbs and the “Yugoslavs.” Its “invisible” history is yet to be revealed. 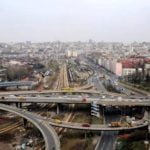 Belgrade as a grid of allies, dark streets and vaults, cobbled and macadam streets, fences and huts – antiquities sometimes not respected enough. They are all over the place, but unnoticed for many, among buildings and skyscrapers, boulevards and parks… They remind of what Belgrade used to be, besides fortress, also a small and backwater town.

Belgrade as something old that runs away from oblivion and as something new to witch one joyously strives… Twice in a short time the words echo through squares and streets of snow-covered, this time truly, “white city” – the words expressing wishes and hopes for the better future. May all these wishes and hopes come true – for the happy future of BELGRADE!