Help to the Ilic family from Kosovo and Metohija 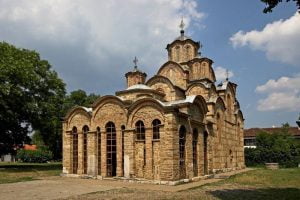 Vidovdan 2022. One of the biggest Serbian holidays that symbolizes freedom, chivalry and heroism. The significance of Vidovdan for the Serbian people stems from a series of historical events that are related to that date, June 28, and the most significant is the Battle of Kosovo, which took place in 1389, when the brave Serbian Christian army stood up to the Turkish sultan and stopped the Turks from entering Europe. 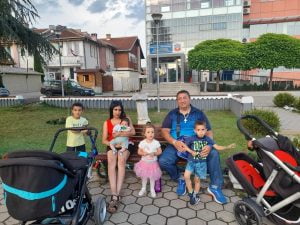 On this holy day, our club decided to help the Ilić family from the small town of Gracanica, near Pristina, in Kosovo and Metohija. The place is known for the Gracanica monastery, which was built at the beginning of the 14th century and is the endowment of Serbian King Milutin and Queen Simonide, a Byzantine princess. The Ilic family lived in inhumane conditions after the massacre of the Serbian population in 2004. Their house was burned down and they lived in a container with bugs and snakes until recently. Inhumane and unworthy of a man from the 21st century. The family is large and has as many as four children, from a baby to a first grader, and lives on social assistance from the Republic of Serbia.

It is our great honor, pleasure and privilege to be able to help the Serbian population and numerous families in Kosovo and Metohija.