Help for a fraternal Greek people 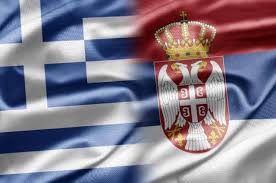 The friendly people in Greece have been hit by a terrible tragedy caused by catastrophic fires around Athens. Our governor contacted District 2470 Governor Theodori Bitsa Kemou yesterday, after which the action was launched in our District 2483. It will surely take a lot of time, effort and means to damage the damage, but human losses will remain permanent.

As the people we are accustomed to helping others, we would like everyone to pay the funds in a special dinar account of our District for helping the Greek people:

The collected funds will be forwarded to District 2470 in Greece in order to be used for the needs of the elderly population. Also, any help in other forms is good if it does not require excessive transportation costs to Athens that exceed the value of the shipment.

We thank you in advance for understanding and we hope that our help will at least mitigate the suffering of the endangered population around Athens.

We donated, AND YOU?