The new brand of Rotary Club Belgrade Dedinje is a plum brandy, which was named “Rotarian” (Rotarijanka). We hope that in the future we will become famous with our brandy, which was produced in the Pusica farm, the village Kosatica, Prijepolje. On the front label there is an old Serbian house, which relates to the centuries-old tradition of brandy washing in these areas. Why did we decide that plum brandy became our brand? The answer is on the back of each bottle where you can finda a specific text that you can read below.

What is cognac for the French, whiskey for the Scots and vodka for the Russians, for the Serbs it is Rakia – Šljivovica (plum-brandy). The love for Rakia has been present throughout the history of Serbian people. Oak barrels, in which Rakia is kepts, enrich its golden color and sumptuous taste. The process of making and drinking Šljivovica for Serbs is a ritual. We do not do it because it requires by work or law, but because we are required by love. Šljivovica is consumed in all important occasions; when our children are born, when we get married, when we celebrate, and even when we suffer. When you taste it, you will not feel only its nappy scent and luxurious taste of its alcoholic magic, but also the Serbian centuries-old tradition, which we share selflessly everywhere and with everyone. 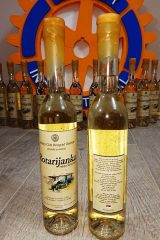 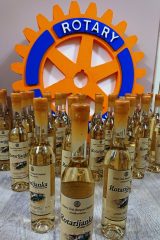